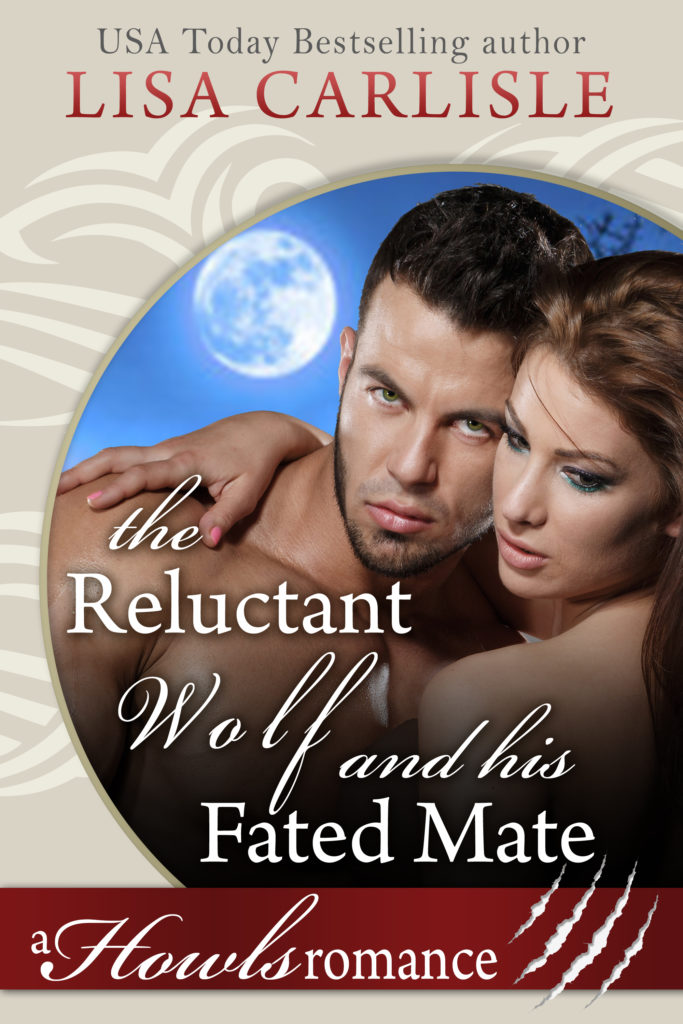 Someone might have attempted a dangerous run off trail—or they were in trouble.
As part of ski patrol, Damon’s responsibilities included ensuring that all the guests were safely off the mountain. This double black diamond trail had left more than one skier or snowboarder removing their equipment and walking down the steep pitch after discovering they weren’t up for the challenge.
He skied toward the tracks. And then it hit him like he’d suddenly bolted awake from a dream—her scent.
His wolf stirred. “We found her.”
Damon grunted. He’d been arguing with his wolf for six months, ever since Sophie had run out of that club in Massachusetts. His wolf had urged him to pursue her, insisting they couldn’t let their mate get away. But Damon had refused.
He wouldn’t let one dance with a woman upend his life and all the drama he’d struggled to keep out of it. He wouldn’t be swayed by the notion of one fated mate—especially a human.
Still, he couldn’t deny the primal need that Sophie had stirred within him when they danced. It returned now as instinctive as muscle memory.
Was he imagining it? He took another inhale. It was her, no doubt. All his instincts flared, and his focus homed to one critical task—to find her.
He took a deep breath to steady himself and tried to calm his excited wolf. He would go after her, yes, but simply because it was his job. He had to make sure this woman was safe—if she was even in the woods.
The scent was fresh though, and as he followed her ski tracks into the woods, it grew stronger. His wolf clamored inside, hyped up with tremulous anticipation.
“She’s close. Our mate!”
Damon grunted and refused to acknowledge his wolf.
The terrain was steep. She had to be an expert skier to navigate the tree line. Hmm. Maybe not. No tight turns around the trees. The path veered off to one straight line through the trees, indicating that she might have lost control.
Sophie could be hurt. Or worse.
Damon’s throat felt tight and parched. He swallowed. He would find her.
He had to find her.
The ski tracks ended and were followed by footprints. She must have removed her skis and attempted to walk. But where was she going?
Oh no, the direction was bad. She was heading diagonally across the mountain toward the Sacco pack’s territory—which was off limits to his pack.
Not good.
But Damon had to go after her.
He took off his skis as well, since it was far too dangerous to try and navigate this pitch through the dense forest. Her scent grew stronger. His wolf romped inside. “We’re close.”
And so was the boundary to Sacco lands.
Her footprints crossed it.
Damon’s heart thumped like a warning signal. He stared at the invisible boundary line between the mountains that every pack member knew not to cross.
A breach would break the treaty. Breaking the treaty could lead to a renewed battle over territory. A battle over territory could lead to full out war between the packs.
Damon had a choice. He could turn back to keep the peace and stay off Sacco land. Or…
“Find her, find her,” his wolf insisted.
Sophie could be in danger. Or a Sacco wolf could try to claim her.
Damon growled. He’d never let that happen.
In the end, he didn’t have a choice at all. Instinct took over, and he leaped across the boundary, into forbidden territory, breaking the treaty with the Sacco pack.
He had to protect Sophie.
***
Read what happens next in the Reluctant Wolf and His Fated Mate.
Escape into the magic of the White Mountains with the Franconia shifters in this hot new release!
Available at Amazon and in KU!