At Hot for Fridays this week, we’re sharing a hot scene featuring sexual tension between the hero and heroine. Here’s an excerpt from, Dark Velvet, part 1 in the Chateau Seductions trilogy. 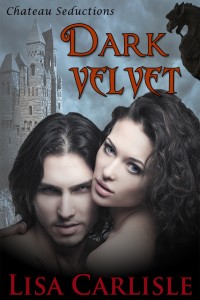 She jumped at the sound of his voice, bumping back into his hard chest, and he caught her upper arms to steady her. Only one man in the castle spoke in that smooth French accent—the sculptor himself.

“Oh, I’m sorry, Antoine.” She fumbled taking a half step forward, away from him. “I shouldn’t have touched it.”

“No, don’t apologize.” He let go of her arms, but his warm breath tickled her ear.

He took her hand, caressing her palm, which sent tingles up her arm. Her bottom lip quivered as he brought her fingers to rest again on the marble piece. She thanked the gods he remained behind her so he couldn’t witness her nervous reaction, and she bit her lip to halt the tremors. This was not the way for a young protégée to behave in front of her benefactor. He owned the castle, created the art colony here where she was attending on a poetry scholarship—she shouldn’t go gaga simply from his touch. Which was exactly what she was doing.

“It pleases me that you appreciate my work.” Leading her fingers down the figure’s chiseled chest, he leaned in closer and added, “I liked watching you admire it.”

His voice alone sent flames rippling through her. Every nerve in her being lit with awareness in reaction to him. In the months since they’d met, they’d never been alone in such proximity. Weeks of heated looks from afar had inflamed her desire so the slightest touch became intimate, strengthening her need for more.

Sounds of approaching voices indicated this evening’s performance in the chateau would soon begin. Several of the musicians in the art colony had collaborated on orchestral pieces they wanted to play in front of an audience for the first time. As fellow artists in residence, they sought the support of fellow residents.

Antoine kissed her hand like a suitor in a bygone era. “I hope you enjoy the concert, Savannah.”

Her lips parted, opening and closing like a fish while she thought of what to say. When she mustered up the courage to turn and face him, he had already left the room, filling her with both relief and disappointment. Unaware she’d been holding her breath, she exhaled deeply.

Several times over the course of the evening, Savannah caught Antoine’s dark eyes watching her. Her emotions roiled in confusion while the performers played Barber’s Adagio for Strings. The way he held her gaze without blinking made her squirm in the burgundy armchair. The rising tension and resolution from the violin and cello underscored her tumultuous emotions.

She smiled at him briefly and focused on the musicians, aware of how her heartbeat had escalated. When she glanced again at Antoine, he still watched her unabashed, as if unconcerned about what the others would think. He took a sip of Porto, nodded her way, and then returned his attention to the musicians. She sat up straighter and crossed her legs at the ankles, then uncrossed them, and crossed them again.

The attraction was becoming more difficult to ignore. In light of how he breached the physical distance by touching her so earlier, she feared she’d be unable to keep her desires hidden much longer. She’d developed an instant crush since she arrived at the castle three months before. How could she not be—he was a renowned sculptor with a devastating, dark appeal. What was she to him than just another young resident who would be gone in three months, replaced by another.

Was she reading more into the brief exchange than was warranted?

It’s just a look. Only a casual glance my way. Even as she attempted to fool herself, she knew she was full of shit.

Check out the entire series! 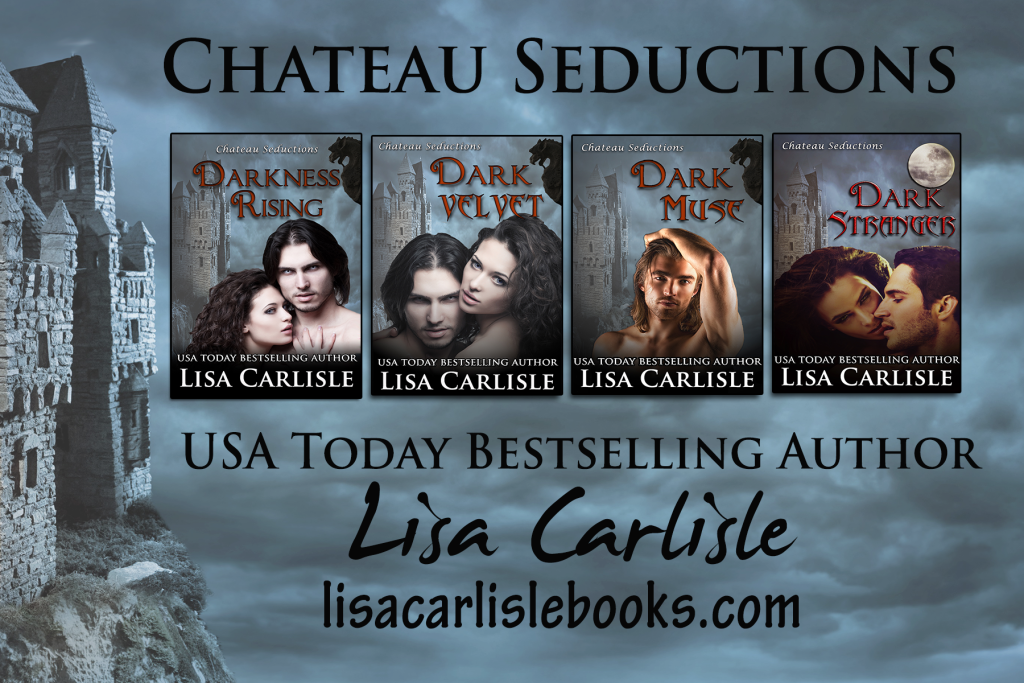 Check out the other excerpts this week!