When I read the theme for this week’s My Sexy Saturday, I was thrilled–a sexy dance! I just finished writing a scene in my WIP with a sexy dance. Since my first drafts are ugly and full of question marks of things I need to go back and address, I won’t subject you to that horror. 😉

It did make me think of a scene in a rock club in Tempation Returns, in which a Marine returns from deployment and runs into his ex. The passion returns, but there’s a problem–she’s engaged to another man. 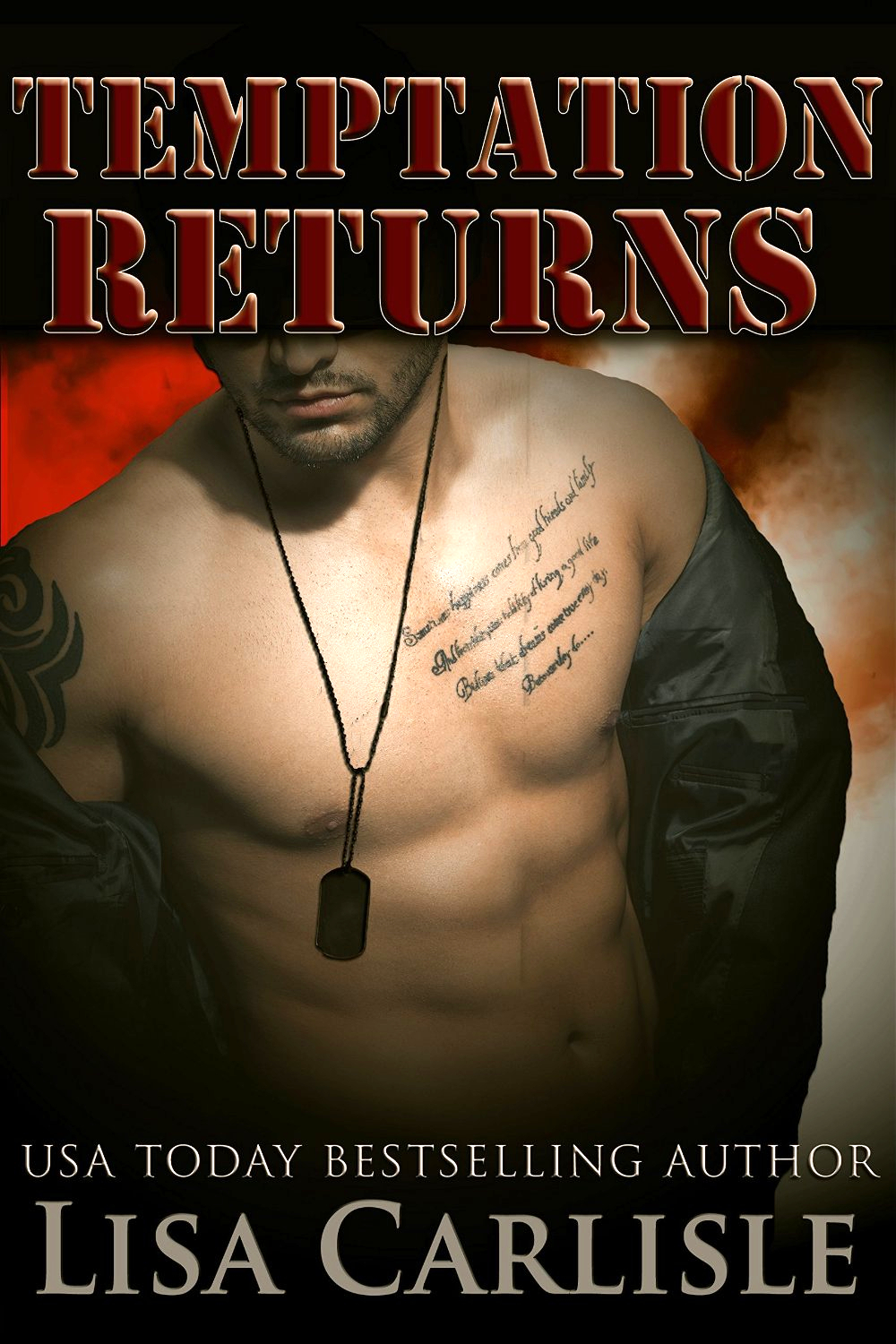 Here are seven paragraphs from when Lina first sees Antonio at the club.

Lina couldn’t respond so she nodded, unable to tear her eyes from him. Three years had passed, but he appeared as young and as vibrant as when he was a teenager. His black hair was shorter than when they’d first started dating, but not as close cut as while enlisted in the Marines. His eyes still conveyed a sense of amusement and burned with an intensity that could render women speechless, including her when they’d first met at a club like this one. His body was leaner than when she’d last seen him; he’d lost some weight that further defined his muscles. He resembled a boxer more than a bodybuilder. The whole package was one she’d never been able to resist. A sucker for dark, brooding Italian boys, he captured it so well he should have been on tourist brochures. It would get her on the first flight to Italy.

Lina’s mind scrambled. “I don’t know what to do.” He must have felt her eyes staring as he turned her way and caught her eye. She froze, unable to break the stare.

Krystal nudged her arm. “Snap out of it, Lina. No matter what happened between you, he’s still just a guy. It was a long time ago, and you’ve moved on. You’re a strong, confident woman. Don’t let that hot shit with a poker up his ass undermine that.”

Lina faced Krystal. “You’re right. It’s—unexpected. Last I heard he was over in Afghanistan.”

“And now he’s coming your way.”

5***** – “…I honestly LOVE LOVE LOVED it. It was cute, sexy, heart pounding, sad, emotion. It was a great story, with believable characters. Real life situation, and a true ending.” ~ Booklovinjunkie

5***** – “Temptation Returns by Lisa Carlisle was a great story. Oh, how I fell in love with Antonio right from the first page. A marine who is back from four years of service fighting in Afghanistan, he seemed so forlorn, searching for something that perhaps was lost until he meets a fortune teller at a fair who directs him to the woman he wants.” ~ Love Bites and Silk Ties

4.5 Hearts – “This saucy little story hit the spot with interesting characters, some humor, some spice, and a thoughtful NA second chance love story about a returning vet with a few issues.”
“I enjoyed the story, humor, and steam – oh yeah, did I mention the spice?  Let’s mention it again just to be safe.” ~ Books and Bindings!
Visit the other spots in this week’s hop at http://mysexysaturday.blogspot.com/

open options
The last attempt to connect to our servers failed. Please check your internet connection.

1 thought on “My Sexy Saturday – a Sexy Dance #mysexysaturday”