New What to Read After Fifty Shades of Grey Release!

The WTRAFSOG Coming of Age boxed set release includes my story Dark Velvet. On sale for a limited time! 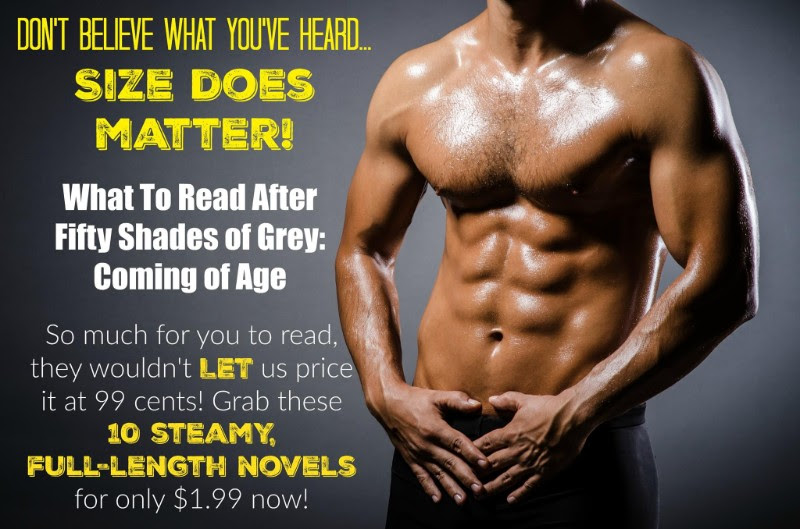 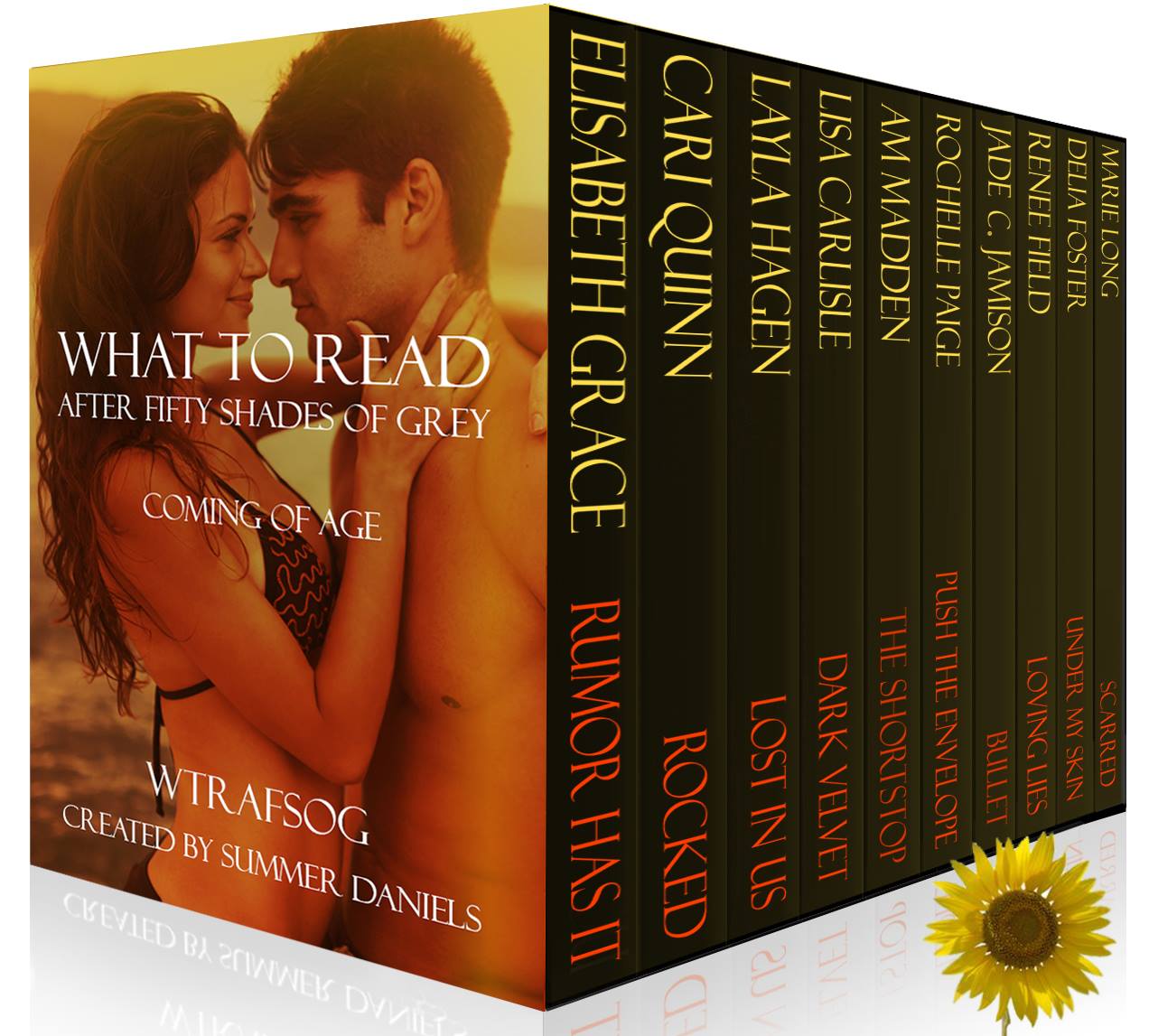 Rumor Has It by Elisabeth Grace — All publicity is good publicity, right? Unless you’re recent college grad Ellie Wagner and an embarrassing video of you and your ex-boyfriend goes viral. Especially when you fall – literally – at the feet of a sexy, green-eyed stranger who offers you freedom and a life of luxury on a gold-rimmed platter. There’s only one little problem – the man of your dreams is none other than Mason Nash, the latest hip-hop star busting up the music charts.

Rocked by Cari Quinn — Love definitely wasn’t on the setlist. Opening for their idols on their first tour, Oblivion is living the dream. Mostly. Frustrated at being shoved out of his mediator role by their new manager, Deacon McCoy loses himself in brutal workouts. He only comes up for air long enough to refuel—and to tease the deliciously cute chef.

Lost in Us by Layla Hagen — After a painful breakup, Serena figures the best cure for a broken heart is a fling. And she has just that with commitment-phobic James, a wealthy entrepreneur. But as their attraction becomes something more, will their tragic pasts destroy their chance at happiness?

Dark Velvet by Lisa Carlisle — Savannah is thrilled for her residency at an art colony where she meets the sculptor Antoine. Antoine proposes they become lovers during her stay. But the situation turns complicated when Savannah discovers his secret. She had suspicions about his identity, but finds the truth overwhelming.

The Shortstop by AM Madden — Quint Lawson had two passions, his childhood sweetheart and baseball. From kindergarten to college, Quint tore up every baseball diamond he played on. His position was shortstop. His talent was undeniable. Professional ball was most definitely in his future, and he was ready for it. Annie Weber would be right by his side.

Push the Envelope by Rochelle Paige — Alexa is just your average college junior, attending classes and piloting Mile High Club charter flights. Boys haven’t been on her radar for a couple years after a disastrous breakup with her high school sweetheart. Drake transferred to Blythe College for the rugby team, not for a new assortment of college girls. When he meets Alexa, Drake knows he’s met his match.

Bullet by Jade C. Jamison — What if you discover the man you want is toxic? Valerie Quinn is a naive college freshman when she meets on-the-rise rock star Ethan Richards. He’s an idealistic, handsome, reckless young man, but he’s captured her heart. She doesn’t give up on him and eventually his walls crumble down. By the time Valerie has given herself to him completely, she discovers he’s damaged and may be beyond help.

Loving Lies by Renee Field — Blake Samson is a man driven to succeed. Alyssa Papadopoulos is running from her wealthy father. They come from different worlds but a summer fling turns causes their worlds to come crashing down. Will two people lying about their past give themselves permission to love?

Under My Skin by Delia Foster — Law student Liz Connor is a crazy bombshell with a smart mouth and a penchant for trouble. Mark Daniels is a built, sexy cop who also happens to be her childhood enemy. When their paths cross years later, the chemistry between them is instant and explosive. Once again they manage to get under each other’s skin, but this time, it’s in a very different way.

Scarred by Marie Long — Sometimes, love comes with a price … The past is always gonna try and bring you down, but you gotta fight. Fight hard for what you love. Fight to win is what twenty-two-year-old Dominick Anderson believes, but his life is a struggle.